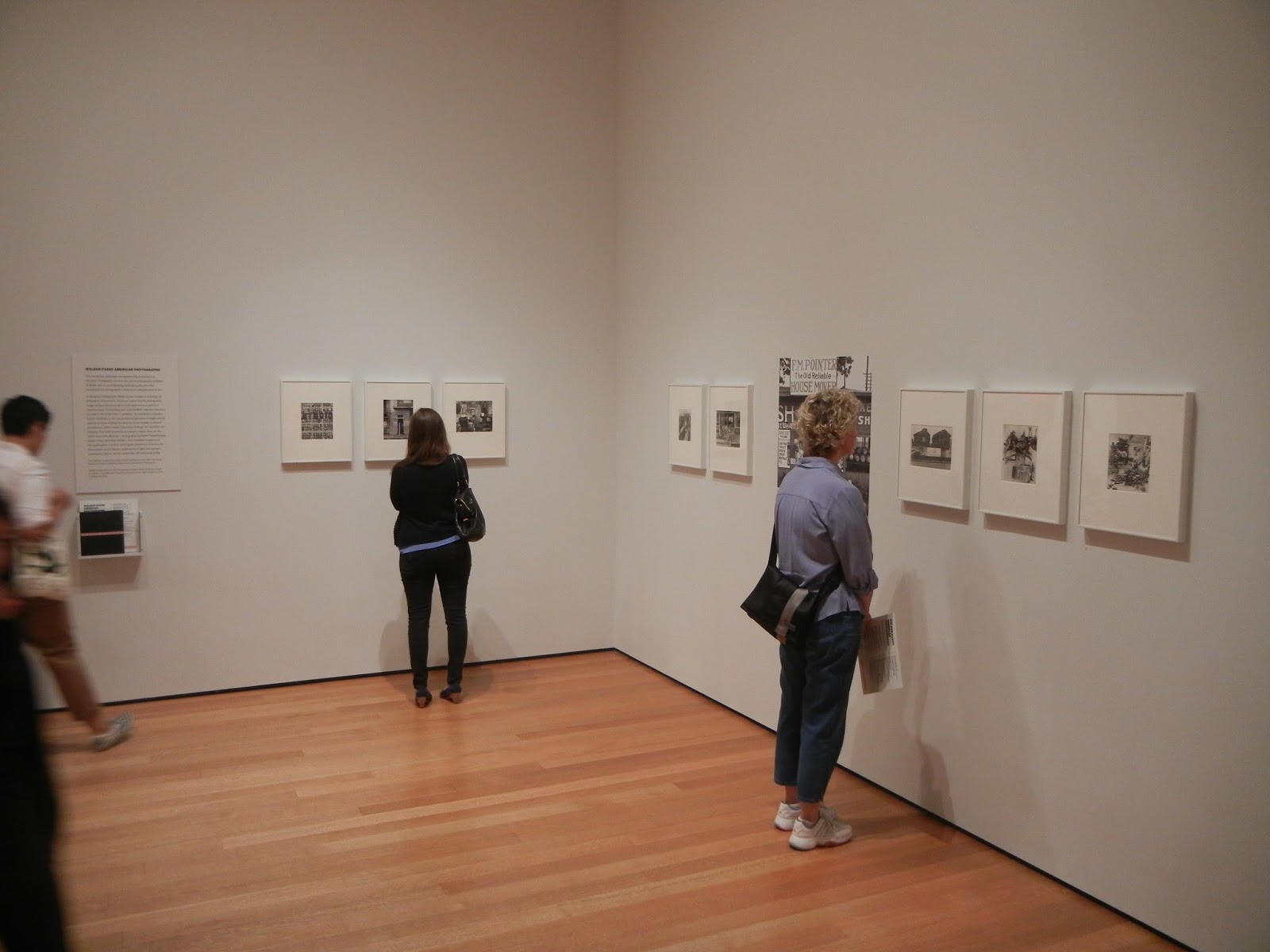 JTF (just the facts): A total of 57 black and white photographs, framed in white and matted, and hung against white walls in a single room gallery on the 4th floor of the museum. Aside from one bulletin page (found in a glass case), all of the works are vintage gelatin silver prints, made between 1929 and 1936. The exhibition was organized by Sarah Hermanson Meister and Drew Sawyer. A 75th anniversary edition of American Photographs has been published by the museum (here) and can be purchased in the bookshop for $35. (Installation shots at right.)

Comments/Context: At this point, some 75 years after its first display, there isn't much to debate about Walker Evans' American Photographs. It was the first one-person exhibit of photography at the MoMA in 1938 (a ground breaking feat at the time) and the accompanying catalog became a defining classic for the photobook genre. The photographs that made up the exhibit and book have influenced generations of downstream artists, capturing Depression-era America with a sense of exacting clarity and respectful austerity. Whether his camera was pointed at flourishes of 19th century architecture, examples of vernacular culture, or scenes of intimate social reality, his images consistently found a careful balance between poetic dignity and straight-on directness. These were, and still are, undeniable masterworks in the history of the medium, full stop. 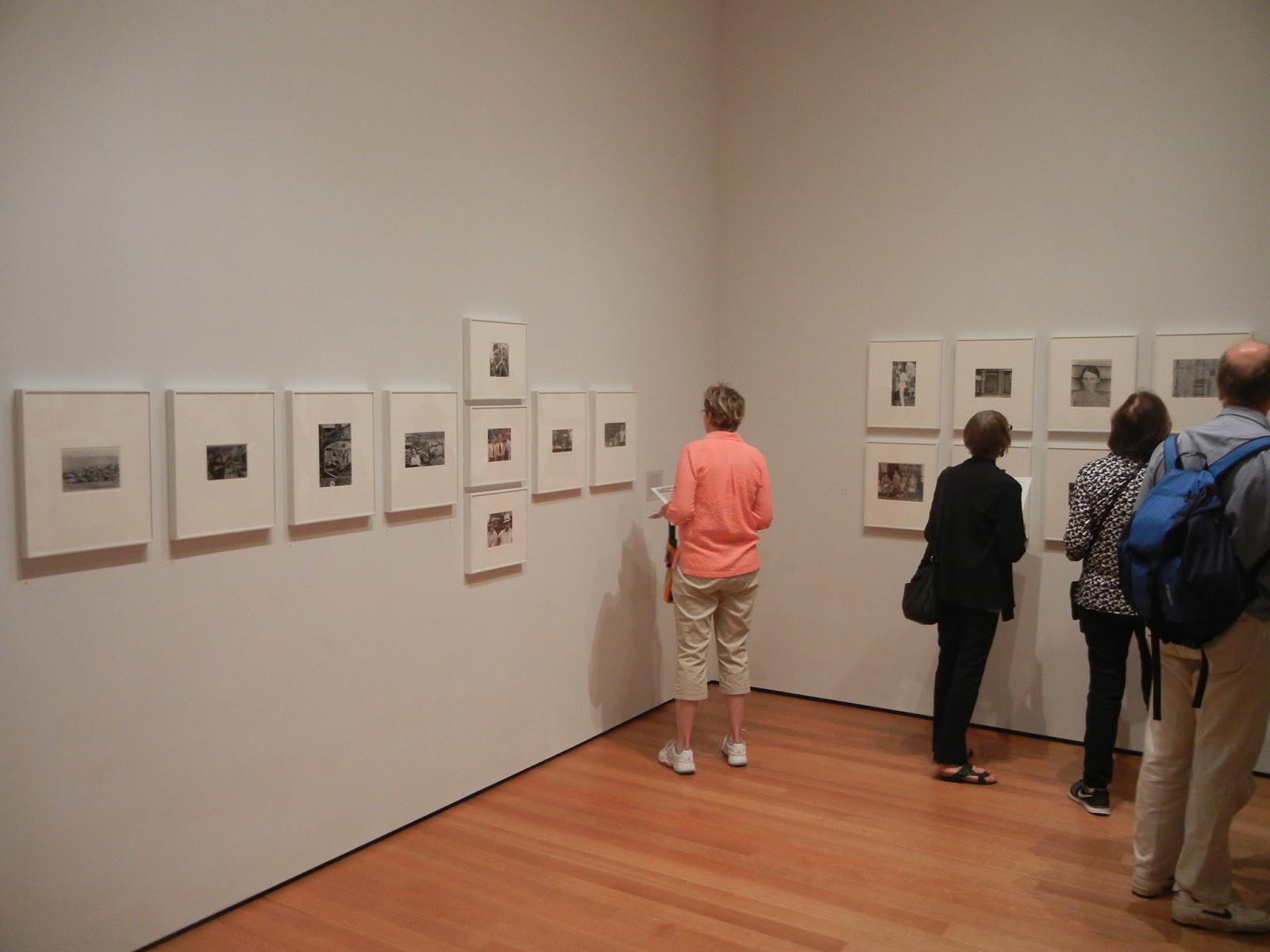 Given the historical importance of the anniversary and the deserved reverence applied to these images, the curators of this show were actually faced with some thorny issues. Should they stay true to the original exhibition and recreate it with meticulous attention to detail (so as to preserve the artist's original intent), or should they reinterpret the body of work in search of new insights and fresh connections? In many ways, their answer lies somewhere in the middle, more a "spirit of the law" effort than a blind adherence to the original specifics. This show is smaller than its predecessor (many of the original 100 images edited out), opts for frames rather than prints glued directly to the walls (no surprise there, given the rarity of the vintage prints on view), and alternates the sequencing of the images between direct image by image fidelity and wholesale reordering. The photographs themselves are no less impressive, but the look and feel of the exhibit is somewhat different.

Part of the contemporary resonance that comes from this exhibit is its connection to the current Renaissance in photobook publishing. American Photographs was one of the first photobooks to be designed and sequenced with a perfectionist's eye for intent; Evans made careful decisions about which pictures went in which order, and how the two sections of the book worked together. No self-respecting photobook enthusiast has failed to spend hours poring over this volume and considering how it was put together. So if the curators of the current show were making a case for the importance of this work in the history of photobooks, and were making a particular point about the genius in the sequencing, I'm a bit surprised that they didn't try to recreate Evans' layout exactly. While the exhibit does have sections which follow his sequencing image by image, most of the walls remix the images into new lines of visual thought. This is not to say that the new sequencing is any less eloquent or well considered; in fact, some of the new groups and progressions seem clearer in terms of the hand offs between adjacent photographs. But if I'm a purist, they aren't exactly what Evans laid out, and if we're celebrating his fierce bookmaking intent, then I think we're off the mark just a bit. 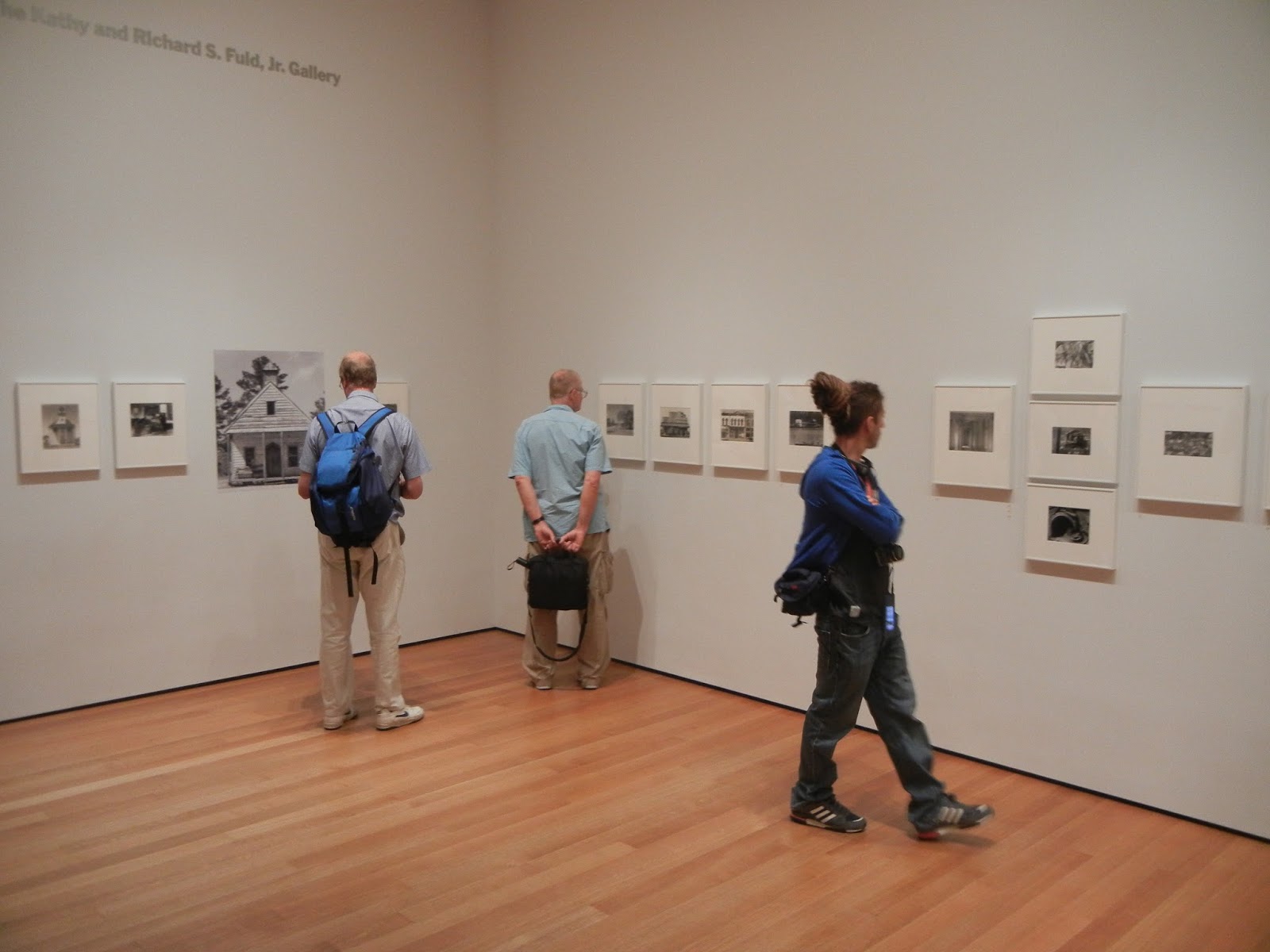 The other new idea introduced here is the sense of broader context with the rest of American art. This exhibit is not huddled off in the photography galleries flanked by the history of photography, but dropped directly into the progression of the permanent collection of paintings and sculpture. To get to the Evans gallery, the viewer must first pass through the Abstract Impressionism of De Kooning, Pollock, Newman, and Rothko; to its side lies a gallery of Rauschenberg and Johns, and it is followed by the beginnings of Pop Art (Warhol, Lichtenstein, and Ruscha). While the chronological progression is slightly off (the Evans photographs are from the mid 1930s), Evans' placement amid this pantheon is well deserved. There are fascinating connections in every direction: the bold contrast between Evans' puritanical restraint and the heroic gestures (and scale) of the AbEx painters, the dialogue between Evans' vision of America and the one implied by Jasper Johns' encaustic flag or a Rauschenberg combine, and the interest in vernacular signage and cultural signifiers starting with Evans and being reconsidered by the Pop artists. It is long overdue to see a major photographer placed on equal footing with other bold faced artistic names, and found to be just as influential and critical to our understanding of the evolution of American art. 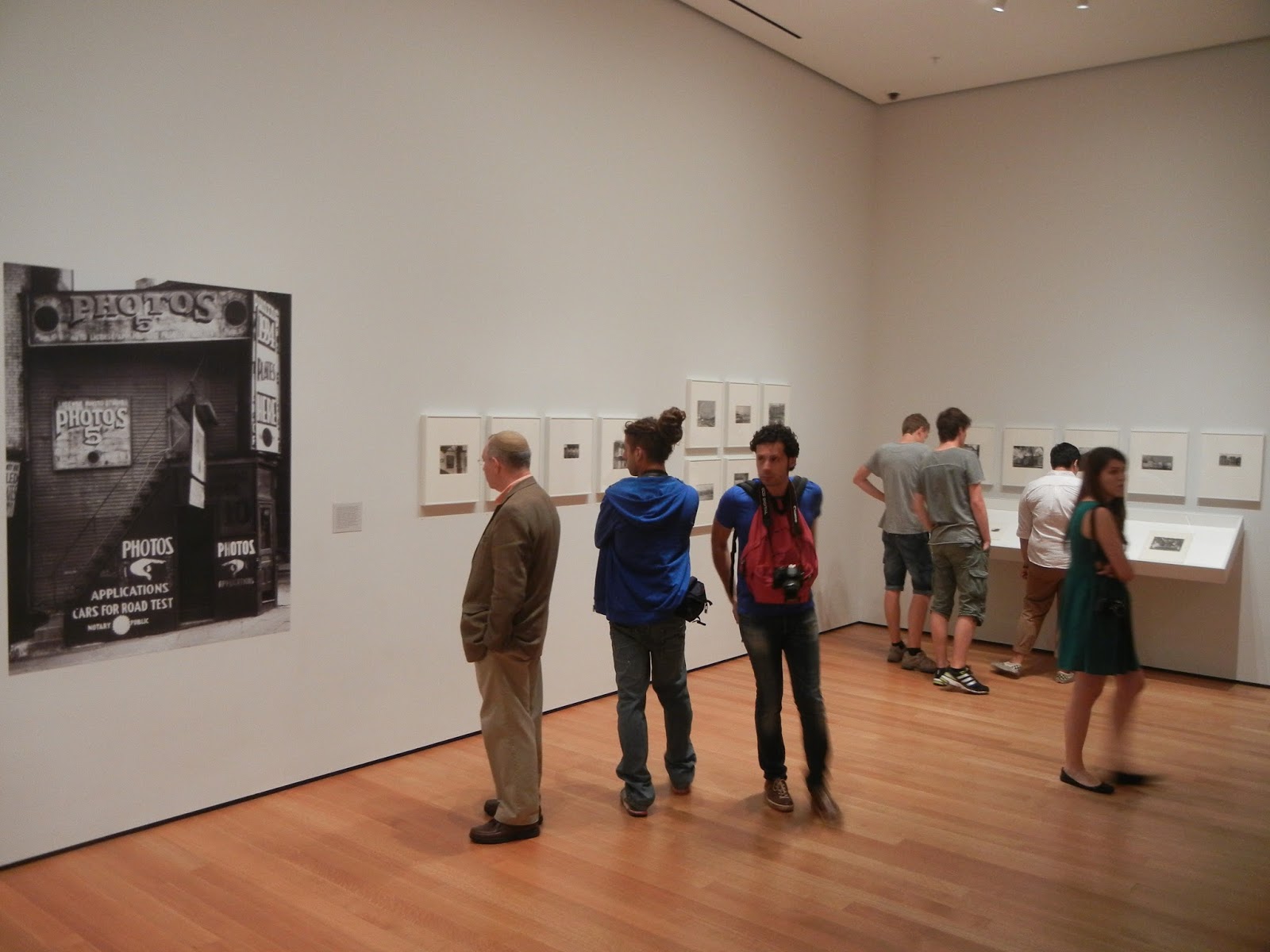 So while much of what is on view here will be familiar to most photography fanatics, the astonishing quality of the photographs is undiminished and the small riffs on the canon that have been introduced help keep the exhibit fresh. Those that were hoping for a historical rehanging of the original icon will be somewhat disappointed, but Walker Evans' American Photographs remains a landmark body of work, and I expect when we see it again in another 25 years, it will be even more integrated into the larger narrative of the American artistic experience.

Collector's POV: Since this is a museum exhibition, there are, of course, no posted prices for the works on view. Evans' prints are routinely available in the secondary markets, with dozens of prints coming up for auction every year, mostly later prints and broken up portfolios. Recent prices have ranged from $1000 to nearly $200000, with vintage prints of his most iconic images at the top end of that range.