JTF (just the facts): Published in 2013 by Dashwood Books (here and here). Softcover, 50 pages, with 35 color images. There are no texts or essays included. (Spread shots below.)

Comments/Context: Motoyuki Daifu's flash lit photographs of his overstuffed family apartment in Yokohama easily cross over into visual chaos. The place itself is filled to the brim with parents, brothers and sisters, laundry, dirty dishes, cats, and the ever multiplying clutter of daily life. His images take a diaristic look at life in these cramped quarters, using a loose snapshot aesthetic to capture the eye popping density of color and texture seemingly found in every direction. Stepping into this environment full of visual stimuli for even just a moment is a bit overwhelming.

The best images in this thin volume reduce the mess into barely controlled still lifes, where a sink overflowing with dishes, a kitchen table of condiments, or a pile of bagged garbage and recycling turns into an overlapping riot of bright color. In these works, the jumbled too muchness of the stuff fills the frame to the breaking point. Other photographs introduce family members into this busy world, where open mouthed sleepers lie sprawled amid the debris and a snatched bowl of noodles offers a fleeting moment of peace. Daifu's photographs of his siblings add a sliver of surreal humor to the proceedings: three full-mouthed teenagers stare in the same direction with stunning similarity and the seemingly rolled back eyes of a brother punctuate tooth brushing and the face down passed out end of a meal. Even in all this claustrophobic, right-on-top-of-it chaos, there is a surprising amount of quiet tolerance and easy going joy.

Part of the charm of this book is its endearing warmth; the glare of Daifu's flash never turns harsh or particularly critical. (This was also true of his last project, Lovesody, reviewed here.) Rather than turn these pictures into pared down formal exercises, he has embraced the rush of cacophonous energy found in his home and let it run free. His photographs reject the entire notion of deadpan observation, and instead bring some low key personality back into the artistic discussion.

Collector’s POV: Motoyuki Daifu is represented by Lombard-Freid Projects in New York (here). His work has not yet reached the secondary markets with any regularity, so gallery retail remains the best option for those collectors interested in following up.
Transit Hub: 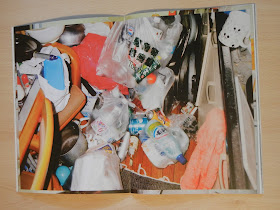 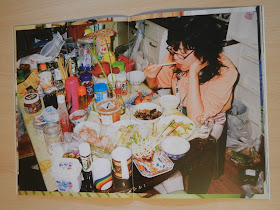 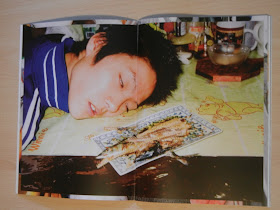 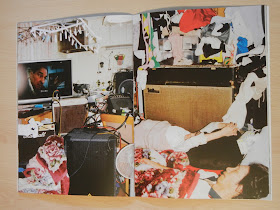 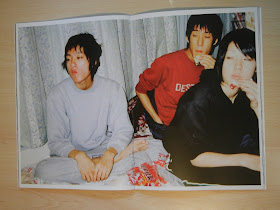 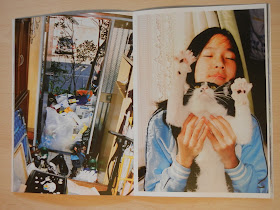 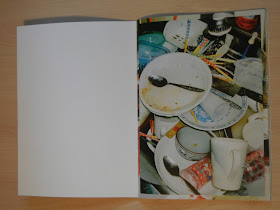