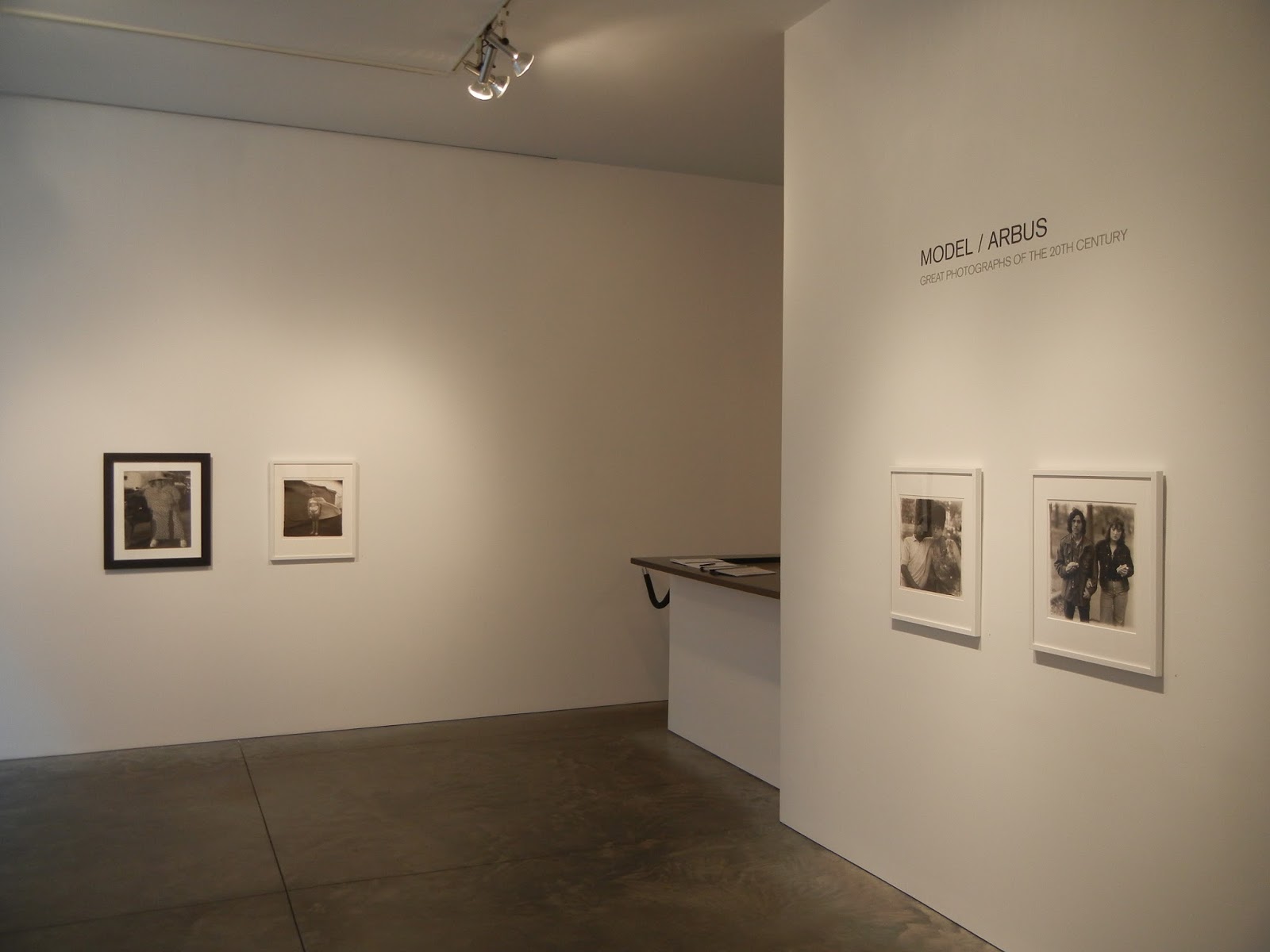 JTF (just the facts): A total of 35 black and white photographs, alternately framed in black (Model) and white (Arbus) and matted, and hung against white walls in the entry and the three rooms of the main gallery space. All of the works are gelatin silver prints, with a mix of vintage and later prints on display. The exhibit includes 15 photographs by Lisette Model, taken between 1934 and 1954, and printed in the 1940s and 1950s. These prints range in size from 12x10 to 20x16 (or reverse), and no edition information was provided. These works have been paired with 20 photographs by Diane Arbus, taken between 1961 and 1971, with one image printed and signed by Arbus, the rest printed later by Neil Selkirk and stamped by the estate. These prints range in size from 14x11 or 26x25 (or reverse) and generally come from editions of 50 or 75. The show also includes 1 video on Arbus. (Installation shots at right.) 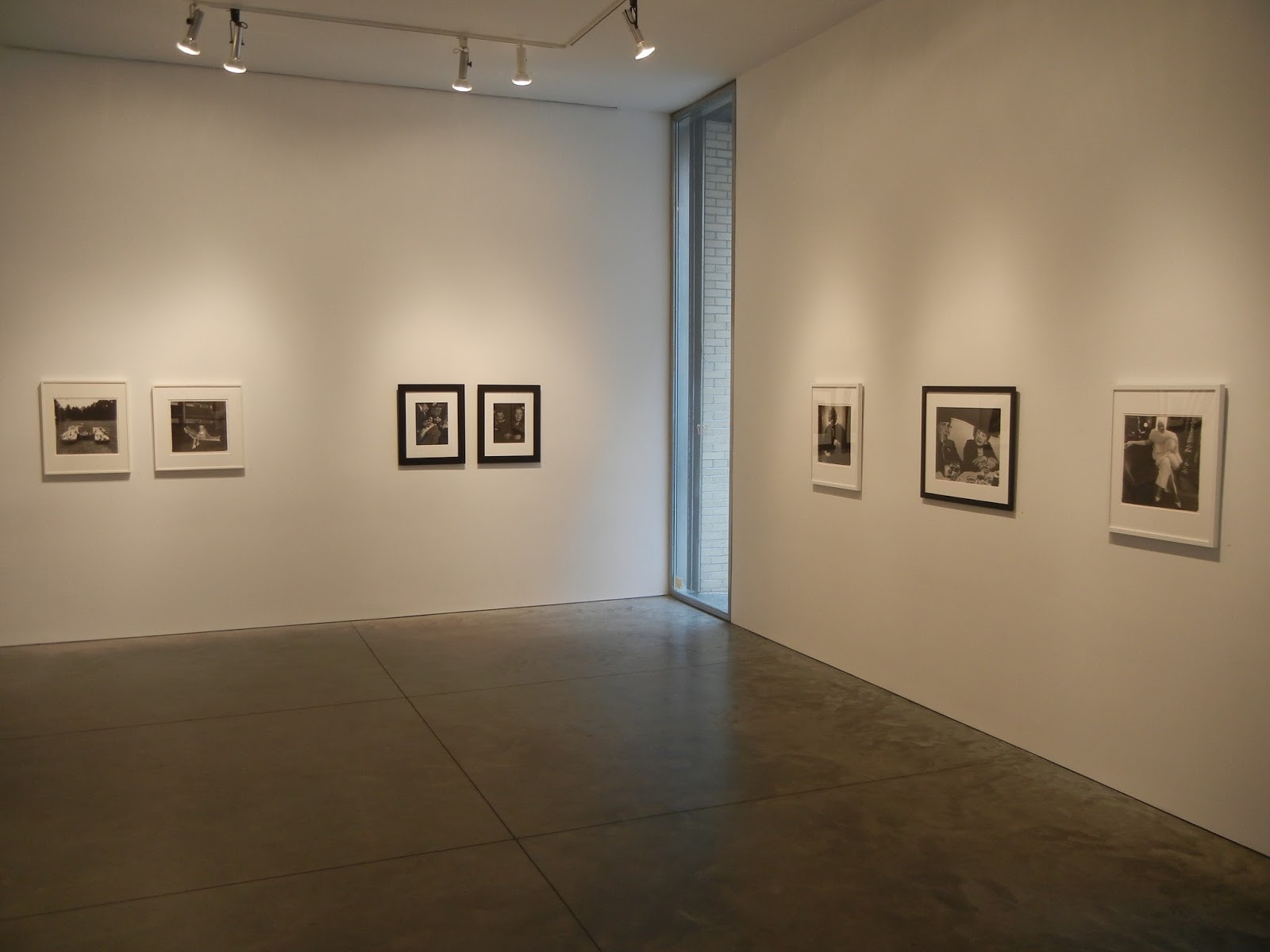 Comments/Context: The student/teacher relationship in the realm of art has always been a tricky one. Every teacher wants his or her students to find their own unique artistic voice, but given the close relationship and nature of the ongoing feedback, it is somewhat inevitable that some of teacher's artistic ideas will trickle down into the work of the student, especially if the two have an affinity for the same kind of subject matter or are partial to a similar aesthetic approach. This show probes the nature of that influence, by pairing the work of Lisette Model (the teacher) and Diane Arbus (the student) in direct, side-by-side juxtapositions of photographs with visual echoes. It's a smart, well-edited reconsideration of portraits we have seen before, highlighting the connections and contrasts between the two.

In many ways, the selection and sequencing of the images in this exhibit is designed to highlight the parallels between Model and Arbus. The connections start with similar subjects, where both artists made portraits of pairs/couples, wealthy ladies in fancy hats, people wearing costumes, distorted faces, and stately grande dames and barons at white tie society functions. Other images trace more elemental compositional repetition, from subjects with raised arms or lying on their sides, to those seated in chairs with elbows bent or hands in their lap. When seen together in this manner, the argument for influence is pretty persuasive. 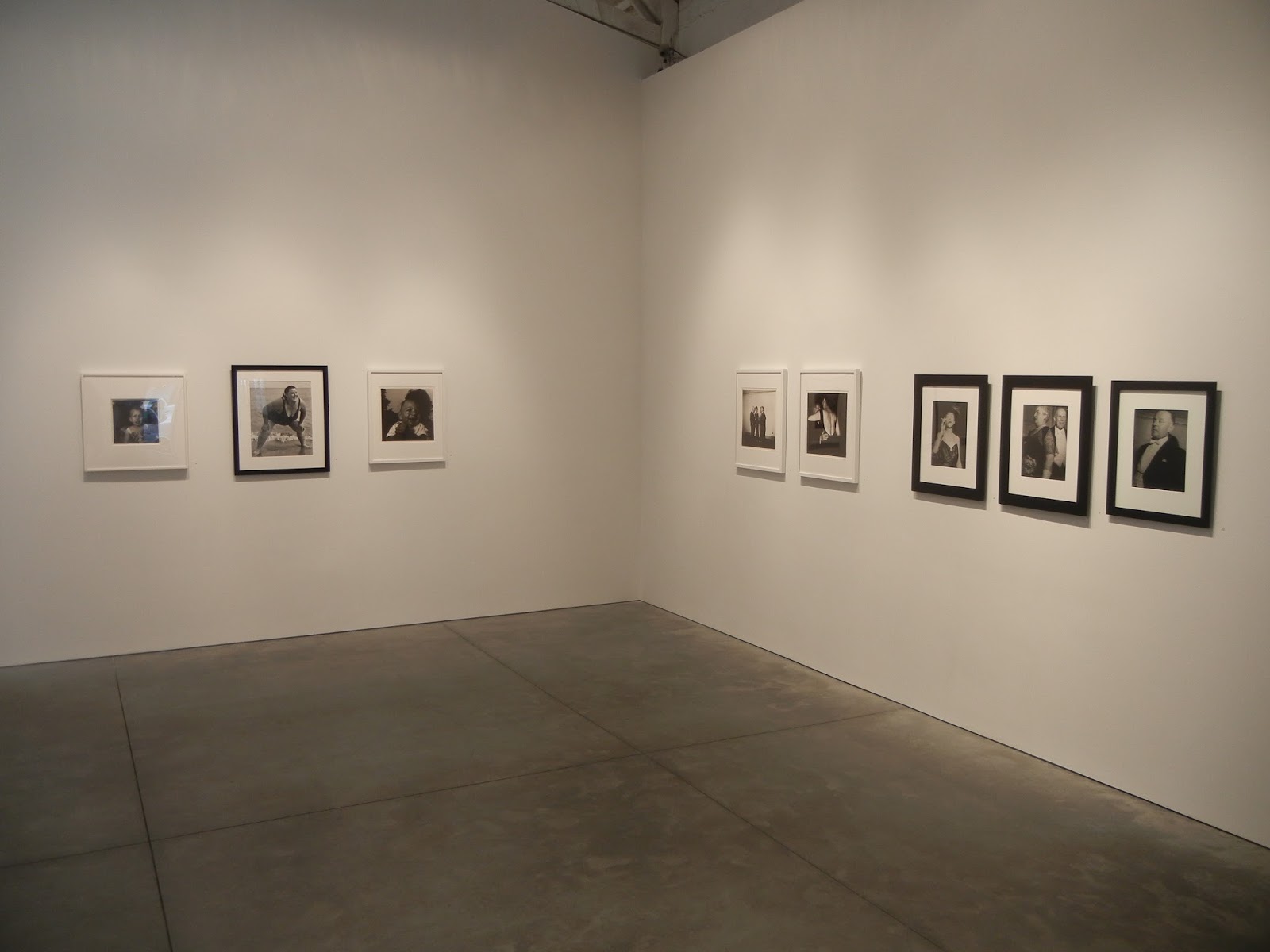 But interestingly enough, even with all the echoes and look alikes on view here, this hanging made me even more aware of the fundamental differences in style between Model and Arbus. Model's work, with its own connections to the grotesqueries of German Expressionism, has an inherent distance to it; her subjects are seen much more formally, even when she's right up close. They are more like specimens to be observed, often seen with a dark, harshness that is on the edge of confrontational. Jump ahead thirty years to Arbus, and her approach is much more intimate. Her eccentrics and oddballs are seen from within rather than from afar; in each and every image, there is a sense of direct personal connection between the photographer and the sitters. Based on these pairings, even if we can ascribe some causal relationship between Model's encouragement and Arbus' ultimate choice of subjects, Arbus has fundamentally replaced Model's judgmental eye with her own accepting embrace. 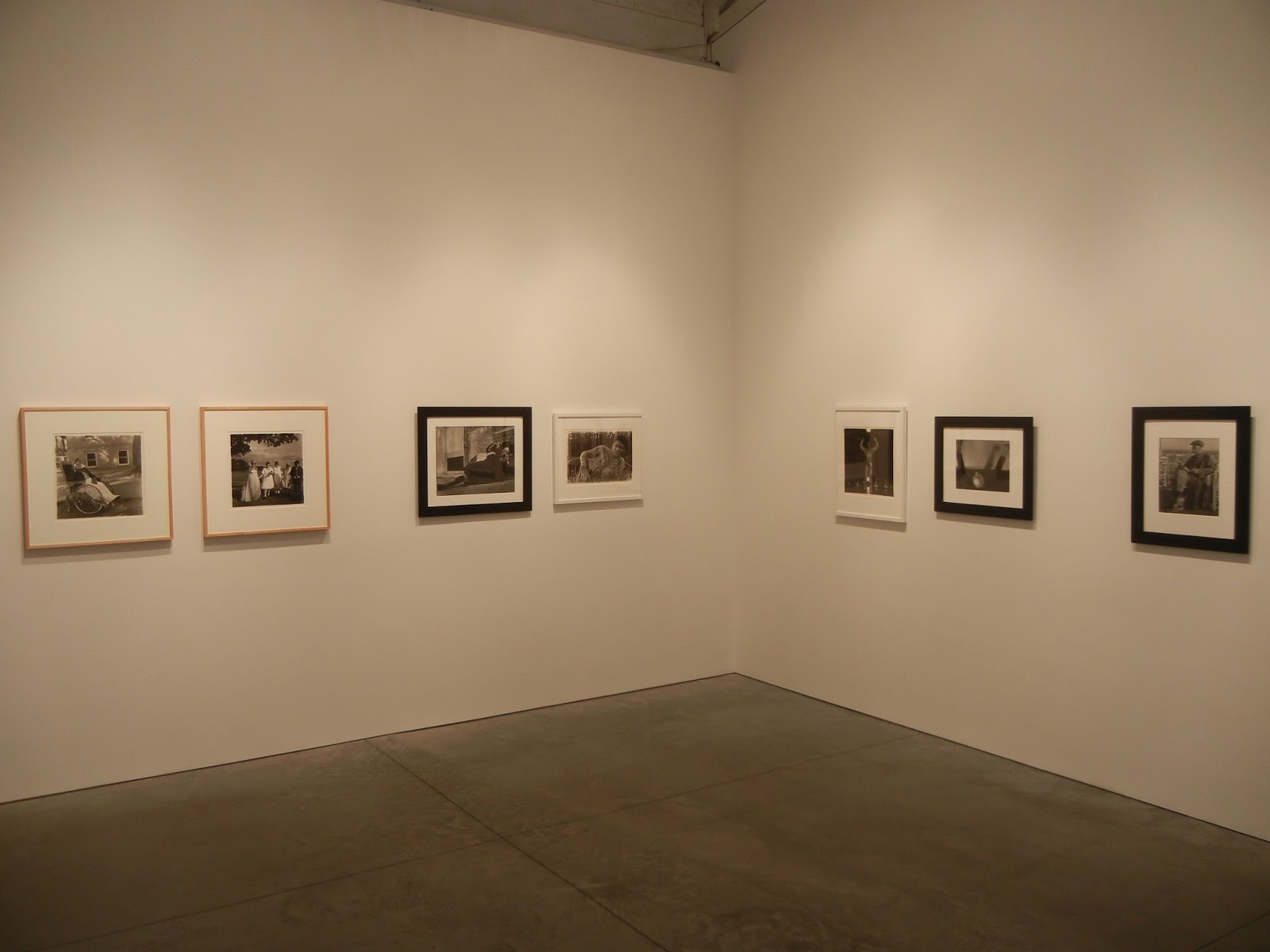 In a summertime full of light hearted group shows, this double bill has some welcome heft to it. It gives us a credible sampler of two masters of the medium, and thoughtfully investigates their interconnected relationship.

Collector's POV: The prints in this show are priced as follows. The Model prints range in price from $12000 to $45000, while the Arbus prints range from $7500 to $90000. Model's work is generally available in the secondary markets, with roughly a dozen or so lots up for sale in any given year. Recent prices at auction have ranged between $2000 and $62000. Arbus' work is much more ubiquitous at auction, both in the photography and contemporary art sales. Recent prices have ranged from roughly $5000 to up over $600000. 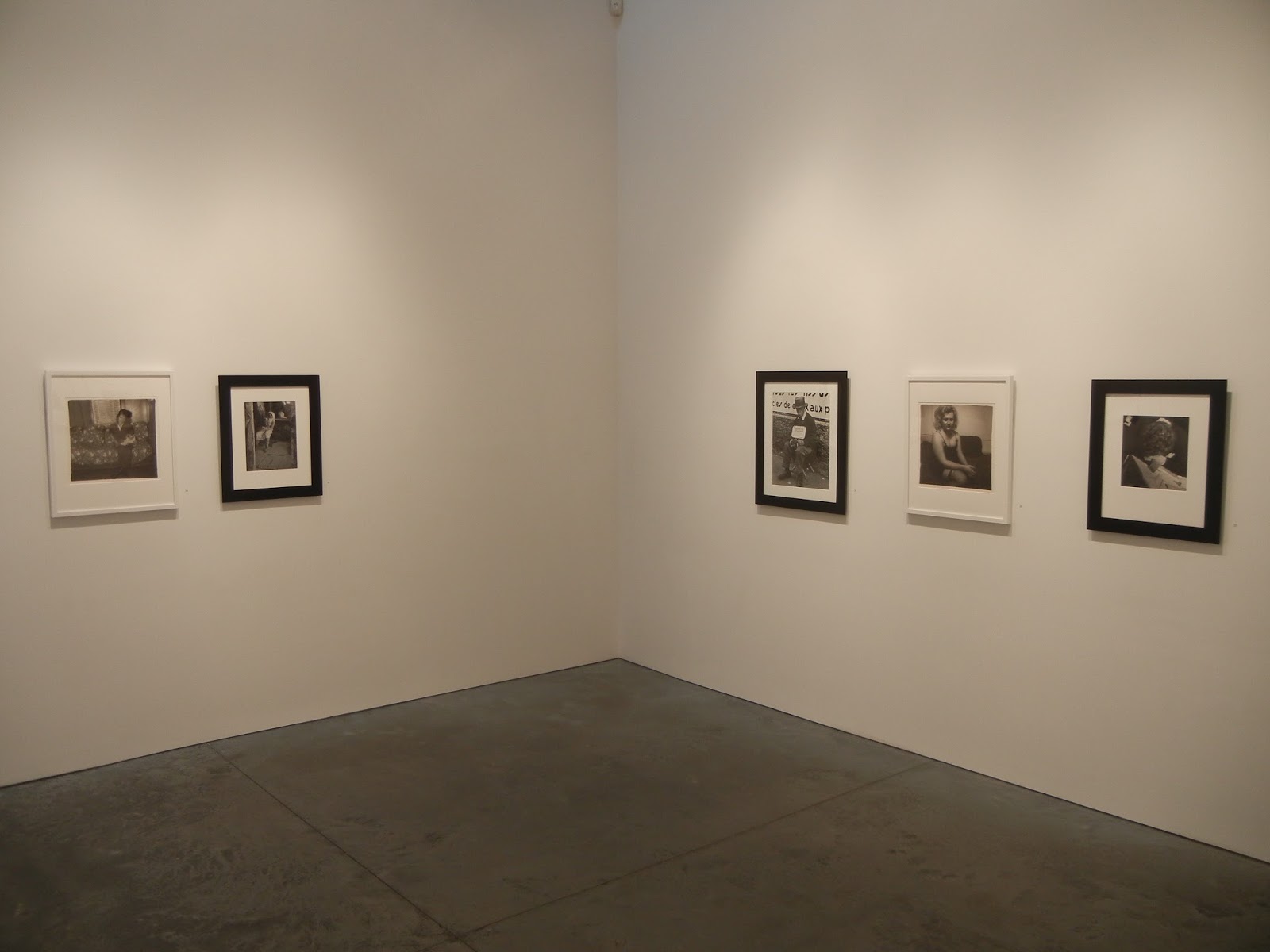 Model/Arbus, Great Photographs of the 20th Century
Through August 16th